EAST ISLIP — Parents of third graders in the East Islip School District are expressing their outrage over the use of two books in local schools that contain wartime images closely resembling those of current day and recent conflicts in the Middle East.

At the center of the growing controversy is “Nasreen’s Secret School,” which is written by Jeanette Winter and based on a true story from Afghanistan. According to a description of the book on Amazon.com, “Young Nasreen has not spoke a word to anyone since her parents disappeared. Her grandmother risks everything to enroll Nasreen in a secret school for girls. Will a devoted teacher, a new friend and the worlds she discovers in books be enough to draw Nasreen out of her shell of sadness?”

Some parents in East Islip, however, are finding the imagery that depicts war in the Middle East and of fighters that are reminiscent of members of the Taliban inappropriate for children at the third grade level.

“A local mother told me that she had no idea why her daughter (a third grader) was suddenly sleeping in her bed,” said Gigi Guiliano, a mother of three East Islip students. “This shows we really have to be aware of what our children are being taught in school.”

Janet Renganeschi, a parent of a third grader in East Islip, told IslipHerald.com, “My biggest ‘beef’ with the whole situation is that I was not informed that these materials were being used in the classroom as a means to address current standards imposed by the Common Core. I am also a teacher in my 24th year of teaching. I feel as though if I were not an educator, I would never have known about these books.”

Several local parents took to Facebook to discuss the use of “Nasreen’s Secret School” and another text, “The Librarian of Basra.” The latter book, also written by Jeanette Winter, is based on a true story of a librarian in Basra, Iraq, looking to protect the books in the library she runs during the U.S./Iraq war a decade ago.

The two books are among a handful of recommended texts in the third grade Common Core module.

“I can’t believe this is what they read to third graders,” said a parent on the Facebook page “East Islip Parents Against Common Core.” No wonder my son wants to sleep with his older brothers every night and the two dogs. Reading about parents being taken from their family and the son too…OMG!!”

Other parents, who also spoke out against the use of the two texts, commended classroom teachers for handling the content well. One parent noted her third grade son came home with a “new realization that we are lucky to live where we are. In his case this was a good outcome, but I don’t blame others for being concerned.”

Following an inquiry about the use of the two books in question, East Islip School District officials in an e-mail message said, “Concern over these particular reading materials has been vocalized at both the state, regional as well as the local level. When brought to the district’s attention, the East Islip UFSD immediately began a review as it is our intention to adapt the modules, while seeking the expertise of educator input.”

The use of “Nasreen’s Secret School” and the “Librarian of Basra” has been discussed in other school districts locally, including Islip and West Islip earlier this year.

At an Islip Board of Education meeting in October, Superintendent Susan Schnebel said she understood the concerns of parents in that school district, and noted that administrators there also felt the texts in question were not age appropriate. That meeting followed a West Islip Board of Education meeting earlier the same month in which parents in that community also expressed concerns about using the texts in question. 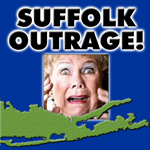 Oops, you forgot something.

The words you entered did not match the given text. Please try again.

Reply JamosREEDY
6:32 AM on June 8, 2021
You mentioned it adequately.
https://dissertationwritingtops.com/
essay writer services
https://topessayservicescloud.com/
how to be a good writer essay
https://ouressays.com/
how to write a personal narrative essay
https://freeessayfinder.com/
what should a college essay be about
https://soulerestaurant.webs.com/apps/guestbook/

Reply JamosREEDY
9:09 AM on June 10, 2021
Incredible all kinds of helpful advice.
https://writingthesistops.com/
how to write a persuasive essay introduction
https://essaypromaster.com/
learn how to write an essay
https://service-essay.com/
essay helper app
https://definitionessays.com/
write essay for you
https://phoenixwriter.webs.com/apps/guestbook/

Reply JamosREEDY
1:49 PM on June 13, 2021
Whoa many of excellent info!
https://topswritingservices.com/
how to write an essays
https://essayssolution.com/
helping writing essay
https://essayhelp-usa.com/
college stress essay
https://ouressays.com/
how to write an essay about myself
https://rochagarrett21.webs.com/apps/blog/show/47983508-reklam-24
3-wka-przeplatana-w-243-wczas-wielekro-263-widziany-podgatunek-pr
zepierzenia- 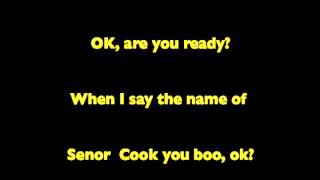 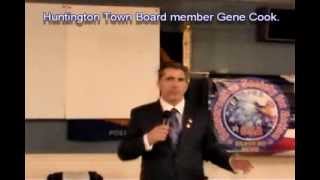